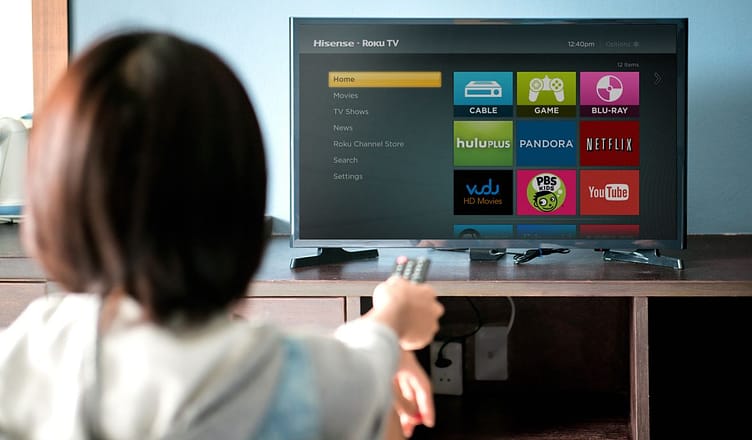 Nowadays the television is getting bigger and better. Literally, you can do anything with your Smart TV. I remember that we had a considerable size of Plasma TV and the only option was that we have Mahabharat and Shaktimaan shows. However, we have smart tv apps, like Netflix, Amazon Prime Video, and Disney Plus Hotstar. They are now spoiling our life experience with theatre. Now our house has become a big-screen theatre. Today I share the most useful smart tv apps.

Netflix is known as the biggest OTT platform. This platform was created in 1997. As of now, Netflix’s total assets are 44.585 billion. They have 12135 employees around the world. The subscription package has a different module, and it depends on you which type of packaging shows the number of screenings you can get. Over the year, Netflix has diversified their package according to the region or the country.

Since Apple has not been familiar with a smart or Android platform, they still launch Apple TV. The Apple tv is a stable platform. It has dramas, including innovative documentaries and comedies.

It is the cheapest platform you can get in India, just 99 bucks, and you can get everything on Apple TV. They have another app it’ll call Apple tv+.

Hotstar was an independent streaming platform, but now they are merged into Disney plus Hotstar. In 2015 Hotstar was created. Since Star India is making the Hotstar, their initial plan was for the 2015 Cricket World Cup and the upcoming 2015 Indian Premier League. Star had acquired the streaming rights. It’s the best platform to get things in one service. You can get the live match and also, and you can get the Disney items. However, the subscription packages are too difficult for users. For example, if you have that television and want to see Disney Plus Hotstar, you have to pay 1499.

YouTube is a renowned brand Google owns. In 2005 YouTube was born. When YouTube came for the first time, No one knew its purpose and how it could help people.

YouTube has transformed itself from a showcase for amateur videos to one that distributes original content. It has also enabled the creation of an entirely new profession — YouTube content creator, which can be a very profitable career for some YouTubers worldwide.

If you are lived in USA or India, whenever you buy a smart TV or android TV, you have the default apps in the section. Now YouTube has premium features. The subscription cost depends on the country, Still, maximum contents are free to watch.

Peacock TV is the newest video streaming platform. NBC owns Peacock TV. You can likewise get your hands on past times of strike shows like The Office and Parks and Recreation. However, Peacock TV is only available in the UK and Ireland, Germany and Austria, Italy including the USA.