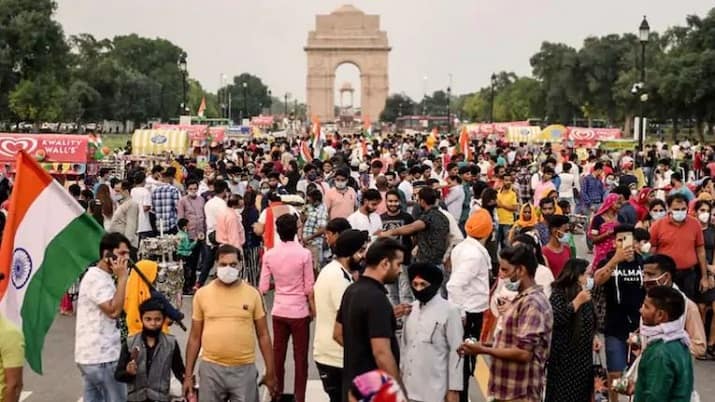 Kolkata, as of now, Today 216850 cases are registered in Indin. Each day the cases are increased. Indians are now scary from the Covid-19. Indian states Chief ministers are announced. We are going to close the states “Partly LookDown. “

The Indian government is taking a necessary step to prevent the pandemic, but unfortunately, Indians aren’t taking it seriously, and the government. People think they are “We have a vaccine.” although, if you have a vaccination, there might chance of getting positives. As of now, 1 million cases are registered in the first 6 days, and experts say- the number of claims will increase.

Why the Indian government responsible for that?

There are many reasons behind that, but the main reason is the election. In India, 5 states had reelected, and the democratic party will decide the future of each individual state. In other ways, they organized many procession in each state and people are gathering around to listen to them, What they did achieve in past years. However, the current scenario is that it doesn’t adequately disclose the number of each state where the election has not been conducted.

Most are register in nonelection states like Mumbai, Delhi, and Bhopal. Now, The government calls lockdown in each state. The government also thinks that they could have done it before.

This might not need a lockdown for now if the government takes some necessary steps back in a day. Like “Night Curfew, sanitize the market, and also, Government should force their people to wear a musk. We can’t stop it but, we can prevent it.

Besides the fact that India is a significant density population country, most states don’t have the right features in the healthcare sector. India govt’s should improve the healthcare in the rural area also since the travel has been ban in all over the globe. For the first time, researchers and scientists are found a new type of virus in the United Kingdom, which is an evolution from the SARS-CoV-2 to VOCs.

The second wave has a harmful impact on Indian Economic. Still, Indian researchers aren’t sure that where the mutation is coming from. This time Indians might be losing their everything.

Suggestion From Ex-Prime Minister of India

Indian Ex-Prime Minister Dr. Manmohan Singh wrote a letter to the Formal Prime Minister of India. He gives some advice, what should the stands of the Central government?

Transparency of the vaccination.

Decentralized vaccination. “The central govt’s could retain for 10% distribution based of emergency needs but other than that. States have the outright of vaccination.”

Vaccine for all persons. “Under 45years. “

The vaccine should import from the US and Europe.

He also said We must resist the temptation to look at the absolute number being vaccinated and focus instead on the percentage of the population vaccinated.

Read also: Covid-19 vaccination update: When The Vaccination is Ready