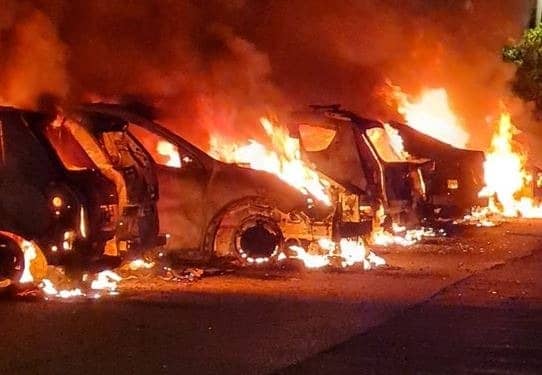 What happened in Lod?

In recent days, Israeli Arabs protested for Jerusalem and Gaza situation. But during the protests on Monday, a 33-year-old local citizen ‘Musa Hassuna’ dead by a bullet. Musa Hassuna’s father said his son was not involved in protest; he is passing through the area, and “they shot him at point-blank range.” Local Muslim citizens said the police force Israeli shot him, but the police force said they are not doing this; they assume the killer is someone in protesters. On Tuesday, 100 attended Mr. Hassuna’s funeral and suddenly started clashes with the police. Israeli media reported two policemen injured and a police car were on fire. A social media footage saw protesters firing on police with automatic guns.

Because of the 33-year-old man killed in Lod, the violence rises across the Israeli, and the biggest challenge for Benjamin Netanyahu is handling external threads as well internal threads. Lod’s mayor gave up and said they are trying to create communal harmony, Jewish and Muslims live together; in the end, we are Israeli, we are one, but they are failing. At this time, Lod is entirely divided.

The Israeli defense minister said, “we are just started operations on the Gaza strip. In the future, we are continuing these types of operations.

In recent days, Hamas’s main operative Mohammed Deif was killed by Israelis. For these aggregations, the possibility is Israeli is facing many critical challenges.