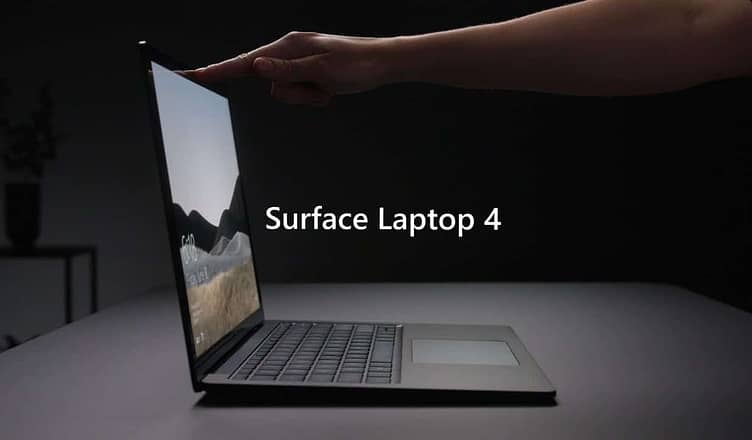 Microsoft introduced their new laptop into the old school model. Ever years, Microsoft has been creating a new benchmark for them and also for the users. This time Microsoft upgraded the surface lineup and launched the Surface laptop 4. What is better in Microsoft Surface Laptop 4?

This year, The Microsoft Surface 4 didn’t change the design. The only thing is the laptop is thinner than the previous version. Other than that,  You can’t tell any difference between the old version and the new.

They are using an old port setup “One USB-B, One USB-C, One Headphone jack, and last, there is the Surface connecter and also, the connect has an inbuilt USB port.

Yes, it’s still using that black anodized aluminum, but there is also a new colour. If you don’t want to see all the finger printers, the flex on top is not too bad. You can still open it up with one finger.

The device is 3.4 pounds so, it’s a light machine, whichever builds by Microsoft. It is a very light 15-inch weight device.

The display is fantastic. The colours are accurate and the gamut; however, it’s not good as the MacBook Pro. The brightness is 400 nits which are suitable for gamers and photographer. The tough display has some reflection. Do not expect your display bezels to look like the Apple MacBook Pro. Also, you have the Windows Hello features, but the webcam is 720p. The camera quality is not that great, though you can manage it.

The keyboard has spacing between the keys, although they’re a bit mushy. The previous generation has more traveling distance and click. Overall, The keyboard is comfortable.

There are no stickers of manufactures, and that why the laptop is looking clean and good. Also, the touchpads are nice and big. Although, I have complained regarding the touchpad. The touchpad is significant but, Microsoft can make it bigger.

Read also: Why Microsoft Office is changing its name

The most important thing is the CPU. The previous generation had some issues with the processor, but this time, Microsoft listened to their consumer and needed the market. I know this time also, is not the best processor are given the Microsoft. Microsoft can provide the 5000 series of the chipset. Although, this time, Microsoft using 4000 series of chipset, this the most powerful chips. This is the most powerful processor. It comes with 4980u AMD. And now my SKU comes with 16 Gigabytes of ram, 512 GB Nvme SSD, and a 15pixel sense display.

The only thing you can upgrade in this device “SSD.”

The graphics performance is not the best in class, but it can bit apple MacBook Pro M1.

This is a pleasant update by Microsoft. This is the most attractive-looking laptop you can buy today, but the price comes in mind $1799.